Human Papillomavirus is also written as HPV. It is similar to Herpes in that they both can be sexually transmitted. They are also both a virus. The two viruses have similar symptoms which can lead to confusion.   Both can cause genital lesions, which are sores that can lead to an ulcer. While they are similar, HPV is more common than herpes. There are roughly 100 types of HPV that affect different parts of the body. However, there are about 30 types of HPV that affect the genitals.

The word ‘papilloma’ is indicative of a type of wart that results from some of the different types of HPV. While it is a common virus, not many people know of it, nor do they know what sort of symptoms it typically indicates. In the United States, HPV cases are not formally reported, as compared with herpes.

Available data from the CDC indicates that approximately 75% of adults have been exposed to this sexually transmitted virus. It is also estimated that up to 15% of Americans aged 15 to 49 years are infected with the virus.

Where does HPV come from?

The surface of a person’s skin hosts flat cells called epithelial cells. It is in these cells that HPV lives. Of the 100 HPV types, roughly 60 of them cause warts on a person’s hands or feet. The remaining 40 HPV types can enter the body during sexual contact. They’re attracted to the mucous membranes of a person’s body, particularly in areas that are moist.

What are the symptoms of HPV?

The low-risk HPV strains are the direct cause of 90% of genital warts. The genital warts can resemble small bumps, sometimes taking on a shape and look similar to a cauliflower.

The genital warts can be single warts, or sometimes they appear in small clusters. Additionally, they can be small or large, as well as raised or flat on the surface of the skin. The warts can appear weeks or months after a person has had sex with an infected partner.

Interestingly, HPV can also show no symptoms. It can remain in a person’s body for years. Although, in most cases, the body can produce sufficient anti-bodies and the virus can be cleared within 1 to 2 years. Most types of HPV will leave a person’s body without any treatment.

HPV is highly contagious. It can be transmitted by skin-to-skin contact, especially during sexual intercourse, as well as by touching a wart on someone else or touching a surface that has been in contact with a wart.

Where does herpes come from?

Herpes is a virus called the Herpes Simplex Virus. It consists of 2 strains, namely, HSV-1 and HSV-2. Both can cause genital herpes, although HSV-1 is responsible for cold sores and fever blisters.

While it is said that HPV and Herpes are similar, herpes, once contracted, stays with a person for life. Like HPV, herpes sometimes does not present any symptoms, or, if there are, they are so mild that the sufferer is not aware of them. In other cases, the symptoms are painful blisters that erupt in moist areas of the body. They are often preceded by a tingling sensation and sometimes flu-like symptoms.

How to treat HSV and Herpes

Both the HSV and the Herpes virus are highly contagious. Generally speaking, HPV symptoms are not painful, but the warts themselves can cause discomfort. The warts can be treated by a number of medications including imiquimod (Aldara and Zyclara), podofilox (Condylox) and sinecatechins (Veregen). These are all known medications used to treat genital warts outside the body.

Herpes is incurable. However, there are also medications prescribed by doctors to assist with the uncomfortable and sometimes highly painful symptoms. Among these are expensive prescription medications such as Valacyclovir, Valtrex and Acyclovir cream. While these medications are certainly not a cure, they can provide a little relief to a person suffering from a herpes outbreak.

There is also a treatment that is highly effective in combating the duration and intensity of a herpes outbreak. Made from a combination of amino acids, herbs and vitamins, HX-2 from HerpesX.com is a completely natural, totally effective dietary supplement. Along with strengthening your immune system, it also assists your body to maximize its natural protein synthesis.  This then lessens the virus’ ability to replicate. Take it before an outbreak as well as during an outbreak with excellent results. Additionally, it can be taken as a prophylactic daily, and when done so, the ingredients of HX-2 are effective in preventing outbreaks altogether.

HX-2 can assist with HPV too. This is because it supports skin tissue health. As HX-2  assists the immune system, as well as provides antioxidant support, the intensity of an HPV breakout is less severe.

For more details or to order your own HX-2, visit HerpesX.com today.

Do you know what a herpes and cold sore outbreak is? It’s possible that you’ve had a cold sore at some stage in your life. Herpes Simplex Virus is the full name for herpes. It has 2 strains – HSV-1 is the cause of oral herpes, and HSV-2 causes genital herpes.  What Leads to an…

If you think of the word herpes, you will likely think of a cold sore or a fever blister around your mouth. These are uncomfortable and can cause acute embarrassment and distress. When you are in the grip of a herpes outbreak, you are most likely thinking how long the discomfort and pain will last….

You know that horrible feeling- the tingling itching feeling you get at the onset of a cold sore breakout. Sometimes there isn’t physical discomfort, merely a small hard bump around the lips. Before you know it, tiny blisters or oozing sores erupt into a crust on your mouth. By the time you realize what’s going…

You’ve been diagnosed with herpes, either type 1 or type 2. You’ve had cold sore and fever blister outbreaks every so often. It’s likely you aren’t feeling too great. You’ve also been told by your doctor that the herpes virus stays with you for life. Now you are wondering what’s the worst that can happen…

It is possible that you have the herpes virus. Statistics from WHO show that roughly 67% of adults worldwide have the virus that causes oral herpes. It is also noted that approximately 418 million adults under the age of 50 have genital herpes. Considering these high statistics, it is interesting to note that there are… 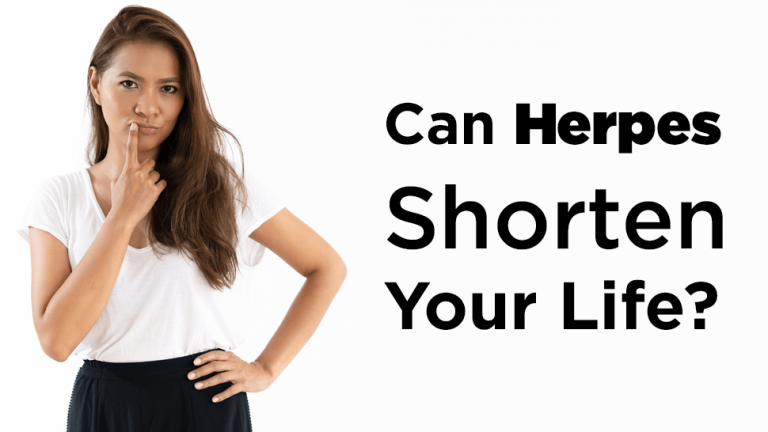 If you find that you get small, red, painful blisters around your mouth and nose, or your genitals, it is highly likely that you are infected with the herpes virus. What is it? First of all, let’s find out what herpes is. It is a virus rather than a bacteria, and it is called the…

Thanks for subscribing! We will send you valuable insights, latest news and special discounts just for you.